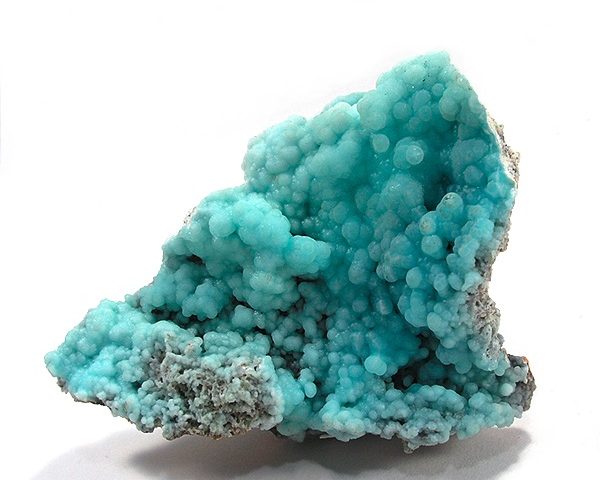 Gibbsite, Al(OH)3, is one of the mineral forms of aluminium hydroxide. It is often designated as γ-Al(OH)3 (but sometimes as α-Al(OH)3.). It is also sometimes called hydrargillite (or hydrargyllite ) .as

Gibbsite is an important ore of aluminium in that it is one of three main phases that make up the rock bauxite. Bauxite is often thought of as a mineral but it is really a rock composed of hydroxide and oxyhydroxide minerals such as gibbsite, boehmite (γ-AlO(OH)), and diaspore (α-AlO(OH)), as well as clays, silt, and iron oxides and hydroxides.a 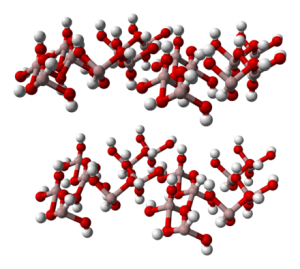 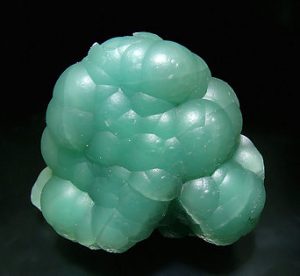 The result is a neutral sheet since +3/6 = +1/2 (+3 charge on the aluminiums divided by six hydroxide bonds times the number of aluminiums) and -1/2 = -1/2 (-1 charge on the hydroxides divided between only two aluminiums); thus the charges cancel. The lack of a charge on the gibbsite sheets means that there is no charge to retain ions between the sheets and act as a “glue” to keep the sheets together. The sheets are only held together by weak residual bonds and this results in a very soft easily cleaved mineral.a

Gibbsite’s structure is closely related to the structure of brucite, Mg(OH)2. However the lower charge in brucite’s magnesium (+2) as opposed to gibbsite’s aluminium (+3) does not require that one third of the octahedrons be vacant of a central ion in order to maintain a neutral sheet. The different symmetry of gibbsite and brucite is due to the different way that the layers are stacked.a

It is the gibbsite layer that in a way forms the “floor plan” for the mineral corundum, Al2O3. The basic structure of corundum is identical to gibbsite except the hydroxides are replaced by oxygen. Since oxygen has a charge of -2 the layers are not neutral and require that they must be bonded to other aluminiums above and below the initial layer producing the framework structure that is the structure of corundum.a

Gibbsite is interesting for another reason because it is often found as a part of the structure of other minerals. The neutral aluminium hydroxide sheets are found sandwiched between silicate sheets in important clay groups: the illite, kaolinite, and montmorillonite/smectite groups. The individual aluminium hydroxide layers are identical to the individual layers of gibbsite and are referred to as the gibbsite layers.a 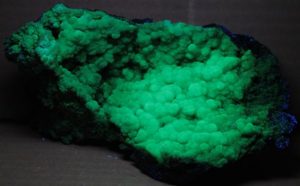 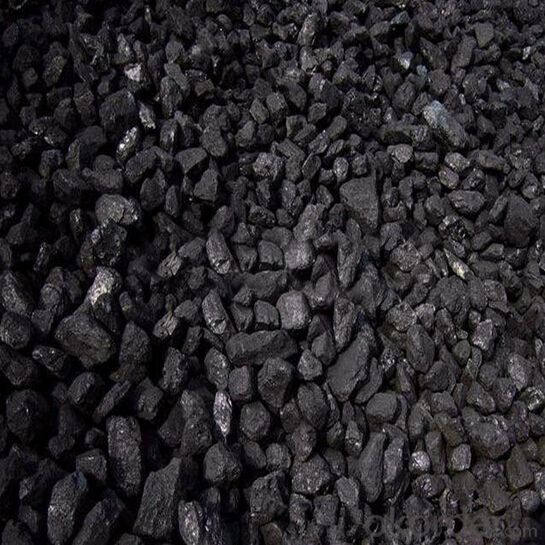